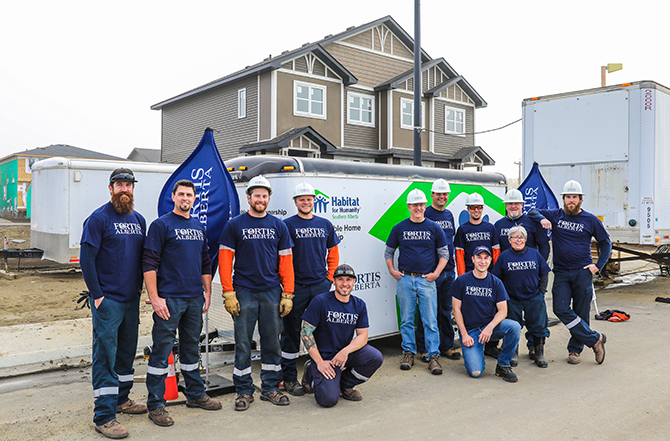 For the past 10 years, Paula Anderson has been lovingly whipping up hash brown casseroles, fresh salads and chocolate lava cakes for families who need a place to stay while their kids are in the hospital.

It’s all in a day’s work for the training coordinator at FortisAlberta. Along with 15 of her work colleagues, Anderson volunteers regularly at the Ronald McDonald House in Red Deer, every month planning and cooking meals for up to 30 people at a time.

In addition to volunteer hours put in by its staff, FortisAlberta contributes $10,000 to the organization each year as their House Electricity Hero.

“I love to give back to the community not just because I live here, but also because it’s where my husband and I both work,” says Anderson. “We’re lucky to work for a company whose support of so many worthwhile organizations like this one is just unbelievable.”

As the owner and operator of 60 per cent of Alberta’s total electricity distribution network, FortisAlberta serves more than half a million customers in 240 communities. Its robust community investment program is aimed at empowering the people it serves through contributing to organizations that promote safety, education, the environment and wellness.

“Last year, we spent more than $1 million across the province on community programs,” says communications advisor Debbie Bowering. Many of those initiatives are geared towards educating the public on electrical safety, including the ZAP program, which reaches more than 4,500 Grade 5 students in the classroom, tying into their science curriculum.

FortisAlberta’s giving is one of depth and reflects the diversity of its customer base in Alberta. Examples of this include their work with Habitat for Humanity, an organization whose aim is to build strength, stability and independence of families through affordable home ownership. But it’s not enough for FortisAlberta to hand over a financial contribution, you’ll also find their powerline workers and other employees swinging hammers and putting in real elbow grease to assist with Habitat builds.

“Our employees are very involved in their communities, they volunteer at local safety days, install refurbished power poles to light up ball diamonds and skating rinks and participate in career fairs and trade shows where they have an opportunity to chat with our customers,” says Bowering. 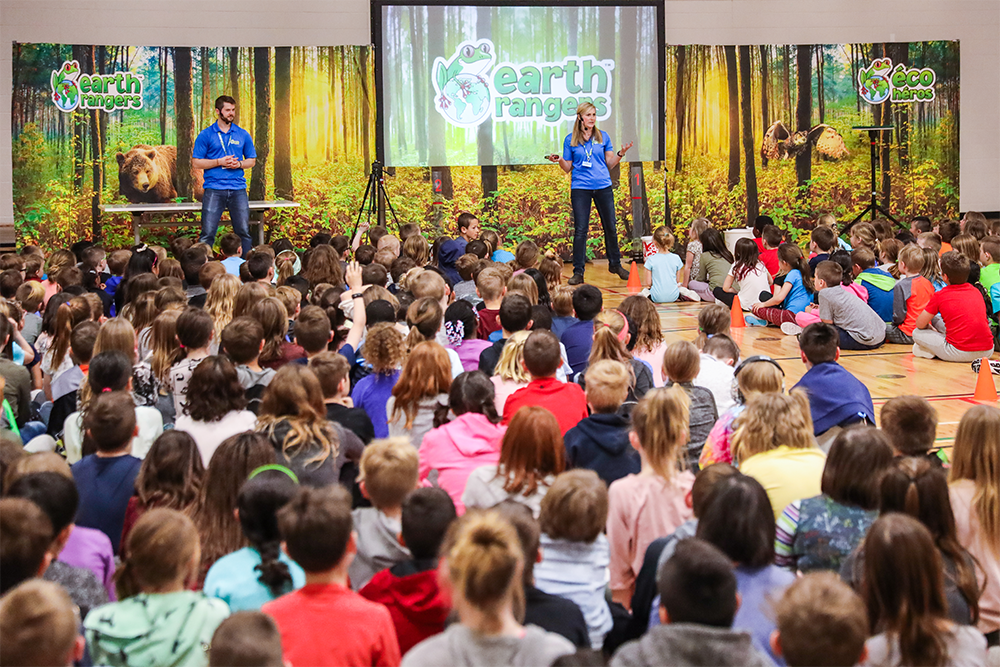 The company is passionate about its support of the Shock Trauma Air Rescue Service (STARS) Air Ambulance, a lifesaving service that is on-the-ready to help all Albertans at a moments notice, and one that has made a difference for some if its own employees as they found themselves in dire situations outside of work.

FortisAlberta also holds important relationships with 20 First Nations and two Metis settlements it serves in the province, supporting events such as the annual Aboriginal Role Models of Alberta Awards and partnering with post-secondary institutions to provide scholarships for Indigenous students.

Fully recognizing the importance of educating the next generation to create a robust community of future experts in the electricity industry, FortisAlberta has partnered with Lethbridge College, SAIT, NAIT and the University of Calgary to provide financial support for students, including those of First Nations, Metis, Inuit descent who are interested in pursuing studies in this area.

“We’ve received many thank-you notes from students who have received scholarships; financial assistance allows a student to concentrate on their studies,” says Bowering. “It’s just one of the many ways we try to show how much we care about our customers.

“It’s also important to us that we minimize our environmental footprint wherever we can, and teach the next generation to do the same,” says Bowering.

Activities along this vein include arranging school visits by the Canadian Parks and Wilderness Society, to teach children about the grizzly bear’s shrinking habitat and what they can do to preserve it.

“They educate kids about the bears and then take them on a wilderness hike to learn about nature. The kids love it,” says Bowering. “We support this program in different communities around Alberta each year.”

Thanks to support from FortisAlberta, the Alberta Birds of Prey Foundation in Coaldale can also allow curious visitors to get up close with and learn about various birds of prey species native to Alberta. This work to protect birds extends to the Nature Conservancy of Canada to install refurbished power poles for birds of prey nesting sites to help prevent birds from nesting on power poles.

The company also offers elementary and junior high school students an opportunity to apply for one of several $1,000 grants each year to support environmental programming or initiatives in their schools.

Towns and municipalities can also apply for financial grants offered by FortisAlberta for the purpose of beautifying their community — whether through tree planting, park cleanup or to purchase mulch for paths along recreation areas in their community.

“Our company and our employees are so passionate about strengthening the province in which we live as best we can,” says Bowering. “While our top priority is to provide safe and reliable electricity to power the lives of our customers, I would say that acting as a responsible corporate citizen is a close second. What are any of us if not strong and resilient together?”