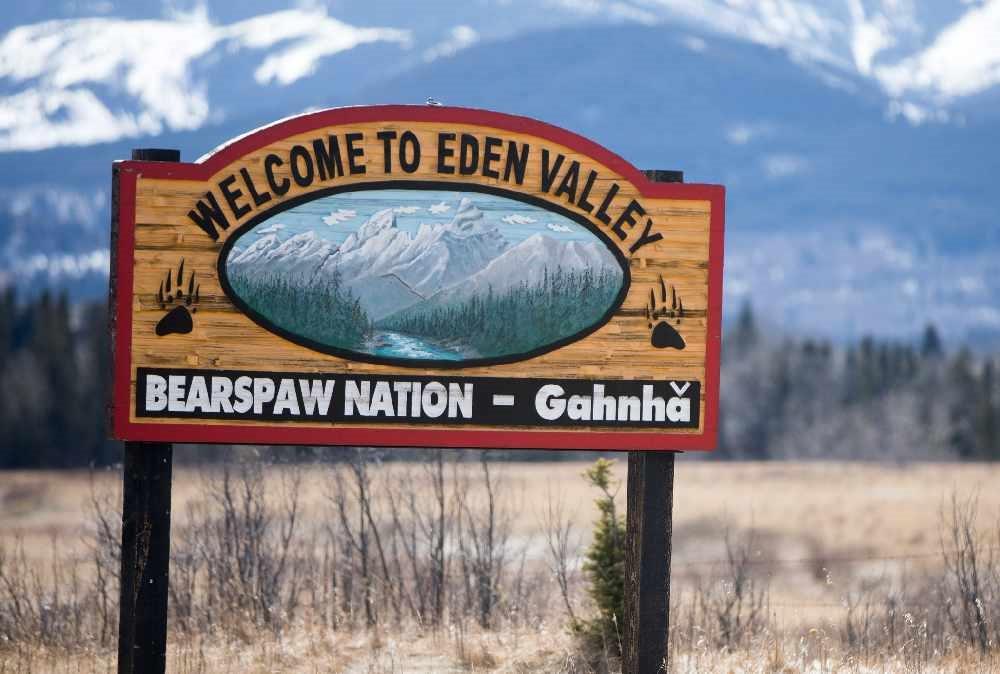 Today is National Indigenous Peoples Day and FortisAlberta is proud to be a part of a diverse province and acknowledges the First Nations we engage with.

On June 17, Mike Mosher, President and CEO and Stan Orlesky, Supervisor, Stakeholder Relations were invited to attend a Pipe Ceremony with Elders from the Stoney Nakoda First Nation Community.

During the consultation site visit for a FortisAlberta power line relocation project impacting Stoney Nakoda land, the Elders determined that there are some grave sites in the area, the birthing area for the elk and the Napi playground. Napi, commonly known as Old Man, is the culture hero of the Blackfoot tribe. These discoveries brought about the need for a ceremony.

“We were invited to take part in this ceremony because FortisAlberta will be disturbing their traditional territory,” says Stan.

When FortisAlberta works on traditional land, we work closely with the community to ensure we're disturbing the traditional territory as little as possible.

The Pipe Ceremony took place on Stoney Traditional Territory along the Old Man River west of highway 22 at Maycroft. This land is traditionally used by the Stoney Nakoda Peoples for hunting, gathering medicine plants and berries as well as for some of their spiritual retreats. They not only blessed the lands but also our Company and our crews who will be working on the land.

The pipe is very sacred to First Nations people. In the past, it was used to open negotiations between different nations as a way for good talk to take place. This ceremony was also regarded as the way by which participants would be truthful, respectful and abide by the decisions and agreements that were made during the meeting time.

“This was an awesome experience and I would like to thank Stan for the tremendous work he has done to build and establish strong relations with all of the Indigenous communities across FortisAlberta’s service area,” says Mike.

Alberta's Stoney Nakoda Nation comprises three bands: Bearspaw, Chiniki
and Wesley. The Bearspaw, Chiniki and Wesley First Nations in Alberta are located between the Municipal District of Bighorn No. 8 and Rocky View County, along with two other communities, Eden Valley west of Longview and Bighorn west of Nordegg. The largest community of the Nakoda people, it is 56 kilometres west of Calgary, at Morley.

The name "Stoney" was given to them by white explorers, because of their technique of using fire-heated rocks to boil broth in rawhide bowls. They are very closely related to the Assiniboine, who are also known as Stone Sioux (from the Ojibwe asinii-bwaan). Stoney Nakoda Peoples are the original “people of the mountains” known in their Nakoda language as the Iyarhe Nakoda and previously as the Iyethkabi. They refer to themselves in their own language as "Nakoda," meaning friend, ally.