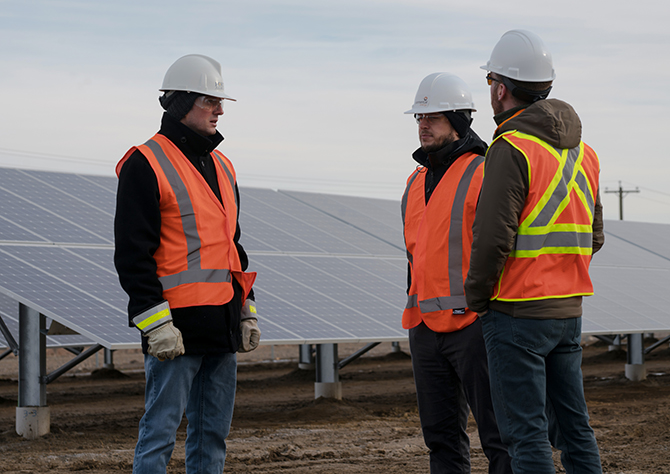 FortisAlberta played a valuable role in connecting the distributed generation project, which had been stalled for years without a Power Purchase Agreement (PPE) in place. A new investor, Elemental Energy, bought the dormant, 15 MW solar farm in Jan. 2017, and moved ahead with an agreement and called the site the Brooks Solar Corp. (BSC).

Now it was up to FortisAlberta to build the new service, which included: installing a three-phase electronic recloser; upgrading/salvaging 2.3 km of overhead line; installing new switches and 130 metres of underground cables running under the #1 TransCanada Highway; and getting the final AESO approvals in place.

The BSC’s 15 megawatts of generation will bring Alberta’s total solar generation to 36.5 megawatts. The next biggest solar site before this one was 1.6 megawatts, and is also in FortisAlberta’s service territory. The BSC has provided FortisAlberta with Operation and Maintenance fees for the next 20 years.